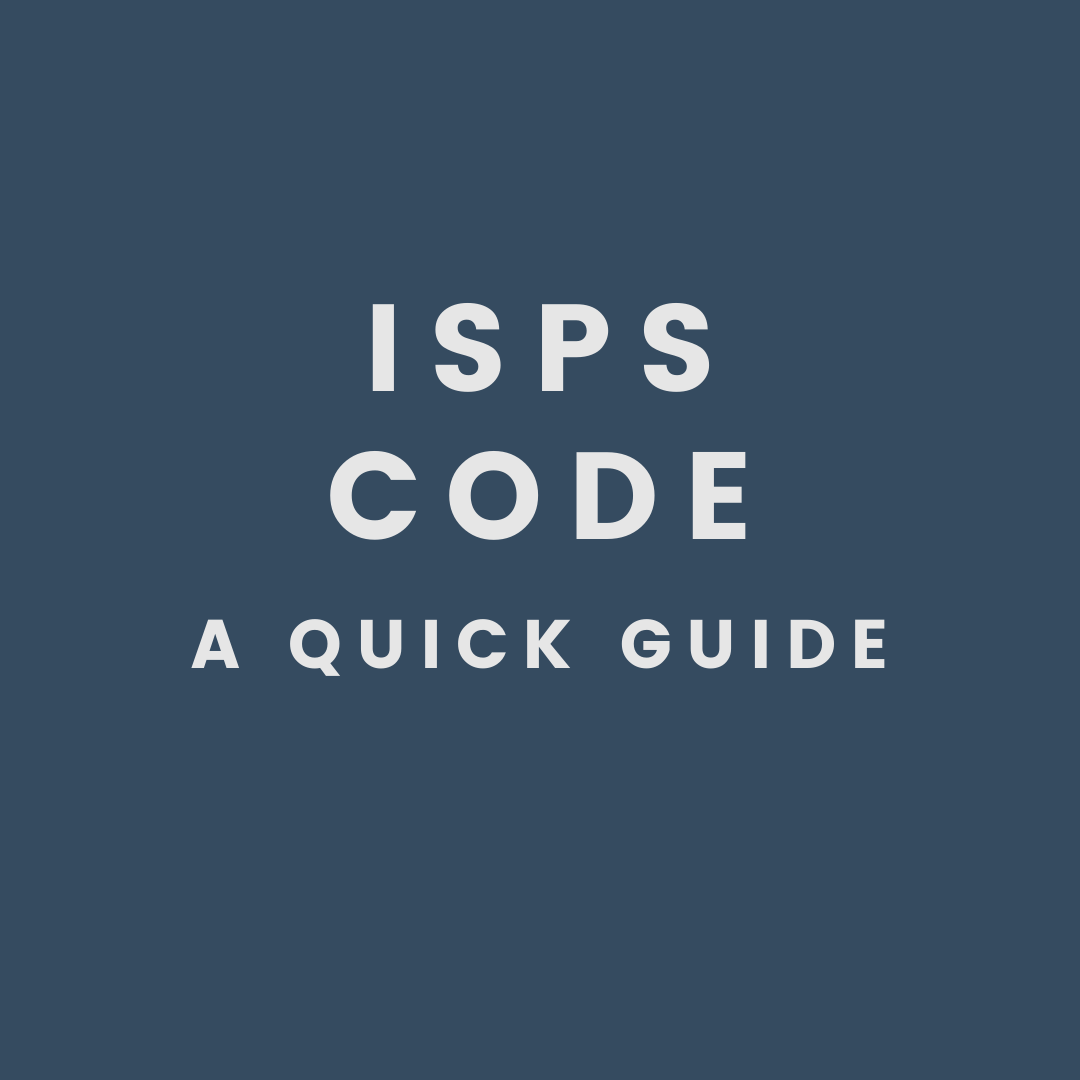 What is the ISPS Code?

ISPS or the International Ship and Port Facility Security Code is an essential maritime regulation for the safety and security of ships, ports, cargo and crew.

But the most gruesome of all – September 11 terrorist attack on the twin towers (World Trade Centre) proved that the national and international security was on stake.

The maritime security is a prevailing issue and several incidences have taken place even before the 9/11 attack (for e.g. On 26th February 2000, bombs that were hidden inside two crowded buses in a Philippians’ ferry – Our lady of Mediatrix, exploded and killed 45 passengers).

Before the ISPS code, the SOLAS primary focus was the safety of the ship at sea. As security and safety are entirely different topics, new amendments were made in SOLAS and the Chapter XI, which contains measures to enhance maritime safety, by renaming to Chapter XI-1 and a new Chapter XI-2 was added with additional focus on maritime security.

This new chapter comprises of regulations known as International Code for the Security of Ships and of Port Facilities with the abbreviated name “International Ship and Port Facility Security Code or the ISPS Code”.

Since the sea is one of the easiest ways to approach an international territory, International Maritime Organisation (IMO) under SOLAS convention chapter XI-2 developed the International Ship and Port Facility Security code – The ISPS code for the safety of ships, ports, seafarers and government agencies.

The ISPS code was implemented by IMO on July 1st 2004 as a comprehensive set of measurements for international security by prescribing responsibilities to a government authority, port authority, shipping companies and seafarers.

It applies to the ships doing international voyages which include passenger ships & cargo ships of 500 GT and above.

The ISPS code mainly looks after the security aspects of the ship, seafarers, ports and port workers, to ensure preventive measures can be taken if a security threat is determined. The main aim of the International Code for the Security of Ships and of Port Facilities (ISPS) is as follows:

The ISPS code incorporates various functional requirements so that it can achieve certain objectives to ensure the security of ships and ports. Some of the important requirements are as follows: 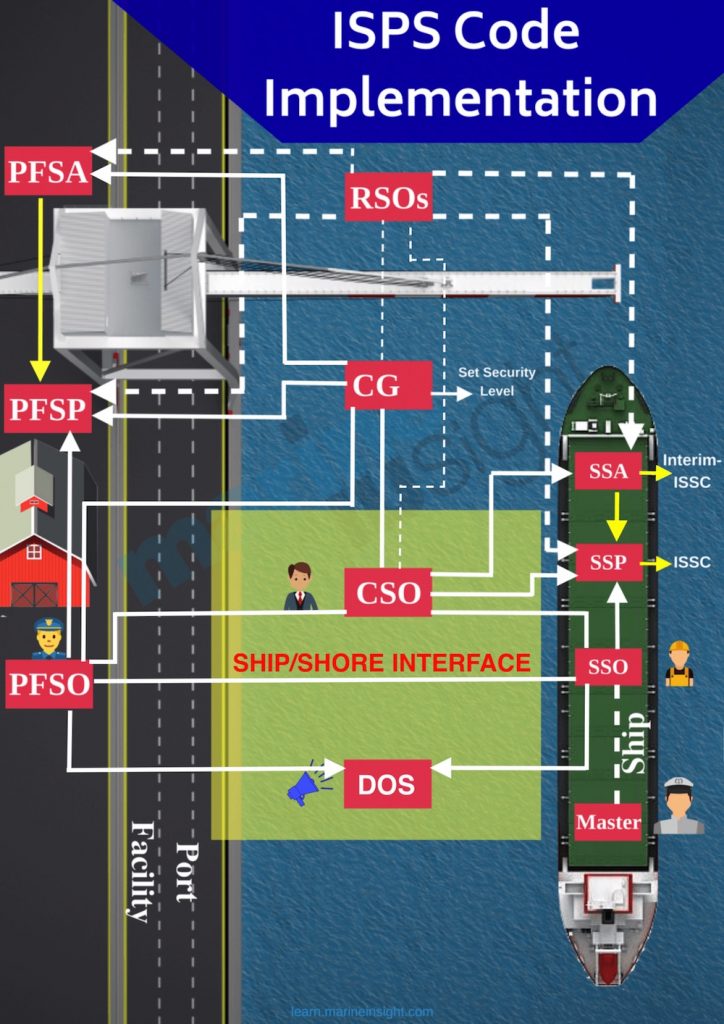 The cargo ships are vulnerable to security threats as they hardly carry any weapon of protection in case of a real attack. Piracy, terrorist attack, stowaways etc. are real-time threats haunting the ship and its crew. Improved ship security will be required in order to identify and take preventive measures against such security incidents.

The administration is responsible for reviewing and approving a ship security plan for the ship, which will also include any amendments of old plans etc.

SSO is the i- charge of security of the vessel onboard and responsible for the other entire crew member to carry out duties for ship security as per ISPS code. SSO is responsible for carrying out frequent drills for ISPS Code as per SSP.

It is a plan kept onboard vessel mentioning the duty of crew members at different security levels and the do’s and don’ts at a different type of security threats. SSO is responsible under CSO to implement ship security plan onboard vessel.