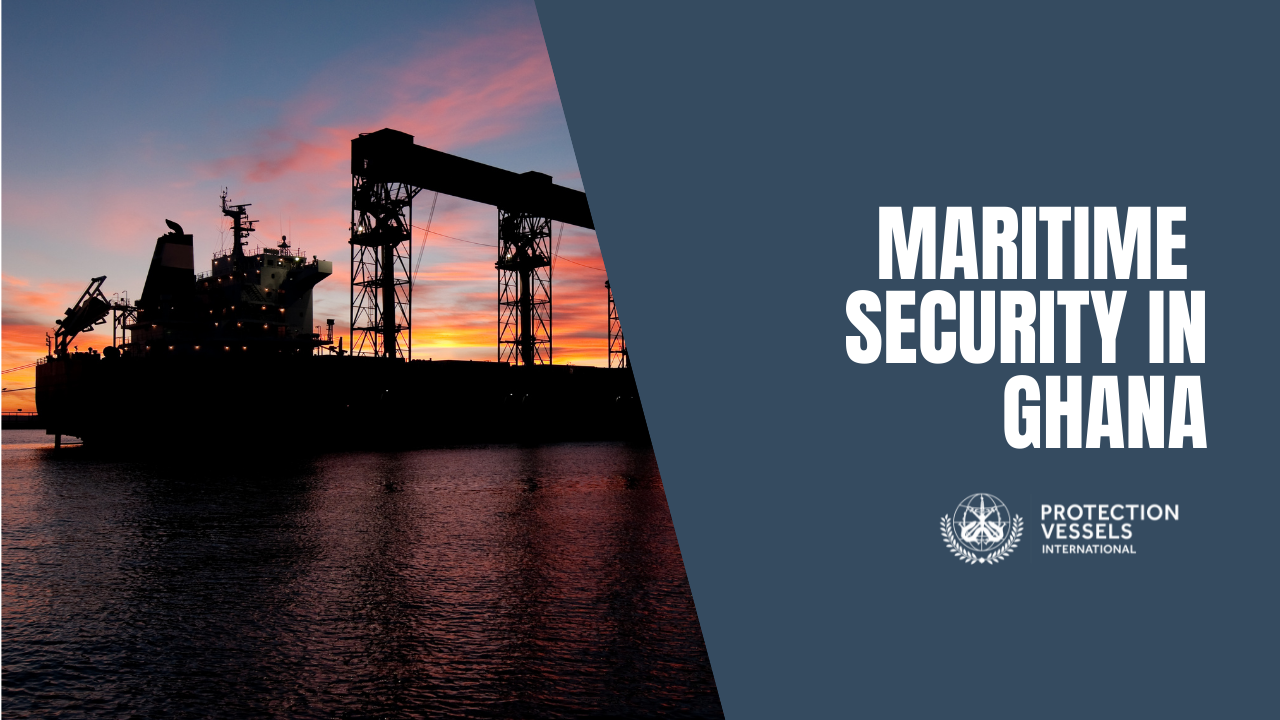 Traditionally, Ghana has not experienced the same levels of maritime insecurity as other jurisdictions across the Eastern Gulf of Guinea. However, trends over the past 18 months have shown that pirates have broadened their footprint in the Gulf of Guinea beyond the traditional pirating heartland of the Nigerian exclusive economic zone. Ghana is not sitting still and ignoring the growing problem of piracy, kidnapping, and maritime crime in its territorial waters. Over the last 12 months, Ghana has begun reforms on its maritime law so that perpetrators can be arrested and tried in the country, government representatives have participated in mock piracy trials, and the country held Africa’s largest annual maritime security conference.

Ghana is one of eight countries bordering the Gulf of Guinea which is a high-risk area for piracy, kidnapping, and other maritime crime. Waters off Nigeria will likely remain the most prone to piracy and maritime kidnapping incidents, however, incidents have been occurring in areas previously considered low risk. Pirates in the Gulf of Guinea regularly target commercial ships, bulk carriers, cargo ships, and their crews. Although overall pirate incidents in the region have decreased in 2021 compared to the previous year, even so, a staggering 90% of maritime kidnappings globally took place in the Gulf of Guinea.

There were several instances of kidnapping in Ghanaian waters over the last 12 months.
On May 19th five foreign crew members of a Ghanaian vessel, the Atlantic Princess, were kidnapped by pirates. Pirates armed with AK-47 rifles kidnapped the Korean, Chinese and Russian nationals, the remaining crew were uninjured. The Atlantic Princess was in Ghanaian waters when the incident occurred, however, reports of the same pirate group have been described further east into Togo, Benin, and Nigerian exclusive economic zones. Only two weeks later, on May 26th another five foreign crew members were kidnapped, this time from the Iris S. These crew members hailed from Korea and The Philippines. These pirates were unable to be intercepted before they exited Ghanaian waters. Ship operators in Ghanaian waters and the Gulf of Guinea should exercise a high degree of caution and ensure they have implemented best management practices to mitigate piracy-associated threats.

Piracy is a growing threat across West Africa and the recent incidents in Ghanaian waters have demonstrated the need for stricter piracy laws and punishments for perpetrators. Ghana’s Attorney-General, Office of the Minister for Justice, and Ghana Maritime Authority are working on a new maritime bill which when passed into law will result in pirates who are arrested in Ghanaian waters being subject to sentencing of up to 15 years imprisonment. The Ghanaian government’s new maritime bill is being developed with support from the Global Maritime Crime Programme of UNDOC, INTERPOL, and the United States Bureau of International Narcotics and Law Enforcement Affairs (INL). In November a three-day simulated trial of a maritime piracy case in Ghana was held as part of the maritime law reform efforts.

The judge in the simulated trial, His Lordship Justice Richard Adjei-Frimpong, said that the “simulated trial made it clear that having the right definition [of piracy] as per Article 101 of the UNCLOS is important.” Ghana’s current maritime laws do not reflect Article 101 and are
not comprehensive enough to tackle growing piracy in its waters or the region more broadly. Sections 193 and 194 of the Criminal Offences Act have significant gaps in them which made it very difficult to deal with piracy in Ghana. By drawing attention to these legal gaps, the simulated trial will be greatly beneficial for legal reform; Ghanaian law does not view piracy as a public threat, therefore apprehended piracy suspects cannot be prosecuted in Ghana. Often those arrested in Ghana are sent to Nigeria for prosecution.

In addition to the efforts undertaken by the Ghanaian government over the last year, the Danida Fellowship Centre is currently undertaking a comprehensive research project Analysing Maritime Insecurity in Ghana (AMARIS) studying maritime crime and maritime security policy in Ghana. AMARIS is a unique project is it that is focusing specifically on one country rather than having a regional focus. The aim is to shed light on and make a substantial contribution to better tackle the maritime security challenges in Ghana., the Gulf of Guinea, and beyond. By taking a ‘deep-dive’ into the issues being faced in Ghana, Christian Bueger, Project Coordinator of the AMARIS project, aims to contribute to a broader and important discussion in the emerging field of maritime crime.

The project began in March 2020 and will last two and a half years and views maritime insecurity as multifaceted and multidimensional. For example, maritime crime is more than just piracy; environmental crimes such as illegal fishing or waste dumping affect the countries economically negatively. Post security smuggling and stowaways are also known issues in the country. These issues will all be explored to fully comprehend the maritime insecurity in Ghanaian waters and the impact on Ghana itself and within the Gulf of Guinea. Additionally, governance responses to maritime insecurity over the last two decades will be mapped. Maritime security is a major inter-agency challenge that involves not only domestic governmental agencies but governments of nearby countries, private actors, and coastal communities. This research will hopefully be of benefit to the Ghanaian government as it works on its more comprehensive and effective maritime bill. 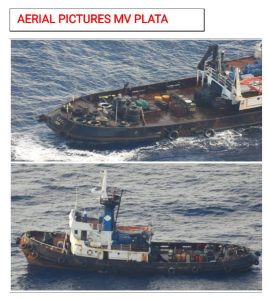 Photos taken from the Italian Naval Vessel ITS Maceglia’s helicopter.

The Ghanaian government continues its efforts to keep vessels operating in Ghana safe and updating the local shipping community on warnings and advisories. For example, on 27th October, a warning was issued regarding a 24m suspicious tug boat that was sighted about 240nm south of Tema. The tugboat, MV Plata, had 10 Nigerian crew on board with AIS not transmitting, and drifting. An analysis of her movements showed that she departed Lagos on 3rd October, calling into Lome on 4th August and headed south soon afterwards. She had not transmitted AIS for 81 days. It is assumed she was serving as a mother ship or a supply vessel to pirate skiffs.

PVI has been cooperating closely with Ghanaian authorities and proudly assists the shipping community in securing their voyages through Ghana in cooperation with the Ghanaian Navy.