Maersk is calling on authorities to launch an “effective military capacity” in the Gulf of Guinea to increase safety for vessels and crews following two piracy attacks on Maersk vessels in less than a month.

Maersk, the world’s biggest container shipping line says security for vessels and crews in the Gulf of Guinea off the western coast of Africa is so poor that it may be life-threatening to sail in the pirate-plagued waters.

“It is unacceptable in this day and age that seafarers cannot perform their jobs of ensuring a vital supply chain for this region without having to worry about the risk of piracy,” said Aslak Ross, head of marine standards at Copenhagen-based Maersk. “The risk has reached a level where effective military capacity needs to be deployed.”

Maersk is proposing a strategy in the Gulf of Guinea to curb the rising number of assaults, armed robberies and kidnappings. The strategy offers both a short-term solution and a long-term plan.

“The risk has reached a level where effective military capacity needs to be deployed to secure adequate mitigation in the short term,” says Aslak Ross, head of HSE and Marine Standards at Maersk.

What incidents is Maersk responding to?

It’s not just commercial companies that are trying to implement change. Denmark’s Minister of Defence, Trine Bramsen, wants European countries to come together to launch a joint naval mission in the Gulf of Guinea, to ensure the protection of commercial shipping in the region.
But, other European players seem reticent to commit to the initiative.

If national governments focus on their territorial waters (12 nautical miles from their shores) major naval powers could reduce piracy further afield by deploying two or three frigates equipped with helicopters, according to Jakob Larsen, head of maritime security at the Baltic and International Maritime Council (BIMCO). He thinks such backing won’t come to fruition because the sea routes aren’t as strategically important as those off Africa’s east coast.

“There is little international appetite for getting involved in Nigeria’s security problems,” he added.

The number of attacks on vessels globally jumped 20% last year to 195, with 135 crew kidnapped, according to the international Maritime Bureau’s Piracy Reporting Centre’s latest stats. The Gulf of Guinea accounted for 95% of hostages taken in 22 separate instances, and 100% of the hijackings that occurred.

The attacks have pushed up insurance and other costs for shippers operating off West Africa, with some resorting to hiring escort vessels manned by armed navy personnel. Will we see Private Maritime Security Companies come to the fore to fill the vacuum of international procrastination?

John Justice, CEO of DG Risk Group, a company that specialises in West Africa risk management says the region is woefully under resourced and this may be one of the only options.

“The countries in West Africa affected by piracy desperately want to reduce incidents of maritime piracy and bring stability back to the region to improve the commercial and domestic situation. They have the intent but their navies lack the resources and support to implement change. Meanwhile, other international navies are spread extremely thin across other global operations that they see as higher priority.” 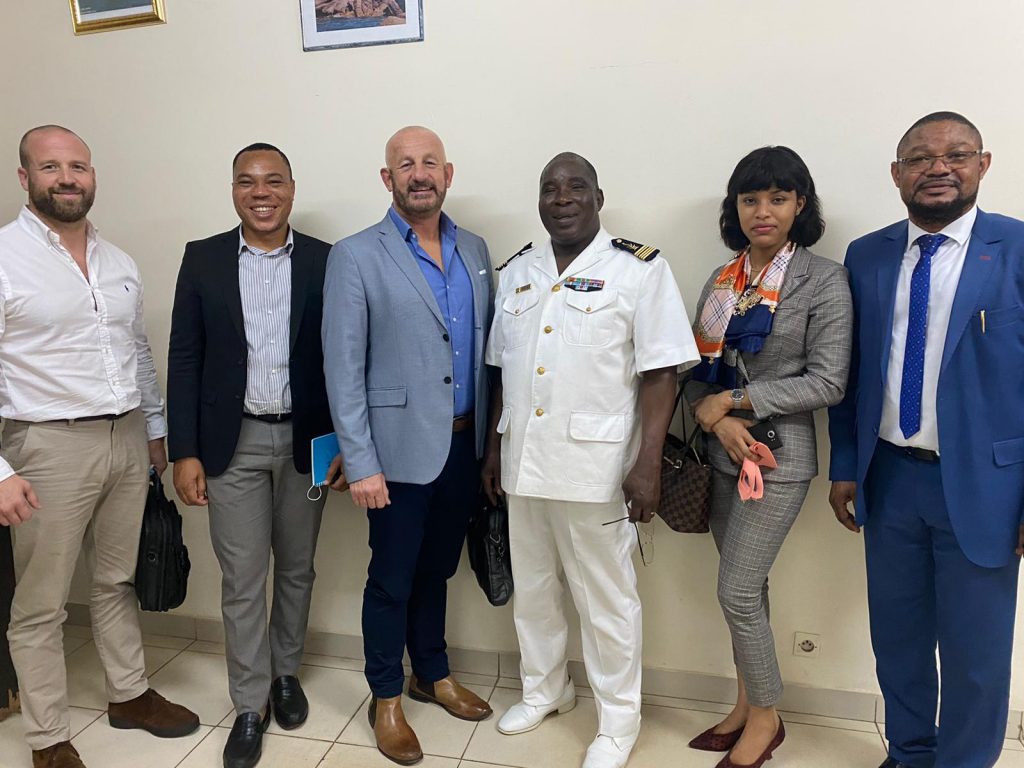 “To build capacity, the solution to the maritime security crisis in the region lies in the private maritime security model. This needs to be implemented alongside a well structured and managed programme of partnering which is wholly compliant, regulated and scrutinised to ensure the highest standards are maintained.”

The Gulf of Guinea encompasses a huge expanse of the Atlantic Ocean that’s transitted by more than 20,000 vessels a year. This makes the region exceptionally difficult for under-resourced governments to police. This seascape is bordered by a shoreline of almost 4,000-miles stretching from Senegal to Angola. It acts as the main supply route for crude oil exports and imports of refined fuel and other goods.

According to international maritime intelligence company Dryad Global, the Gulf of Guinea is one of the world’s most important routes for oil exports from the Niger Delta and consumer goods to and from Central and West Africa.

“The seas in this region are vast and poorly well guarded, a combination that creates ideal conditions for piracy. Nigeria’s navy is the most powerful in the Gulf of Guinea, but it remains underfunded and neglected,” says Munro Anderson, a partner at Dryad Global.

Many shipowners want a robust reaction from international agencies akin to the response levied following the prolific hijackings offshore Somalia; a region that became the global epicentre of piracy from 2001 to 2012. But with a reticence to mobilise international navies and mariners it’s difficult to see how the problem will brought under control. Companies like Maersk are taking additional precautions such as improved physical hardening measures on vessels and embarking armed guards, but with their very public condemnation of the Gulf of Guinea maritime security crisis we could see this as the catalyst for change that the international community needs to start looking at long-term solutions to West African maritime security problems.

Return to News
This site uses cookies: Find out more.