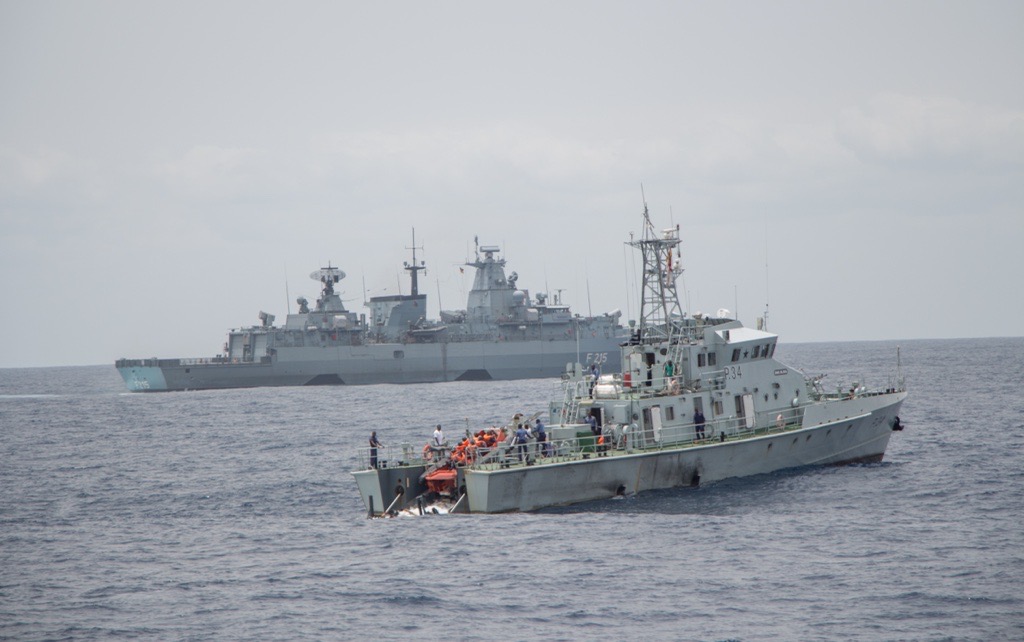 As part of efforts to stem insecurity in the Gulf of Guinea, Nigeria has agreed to sign a Memorandum of Understanding (MoU) with three other African countries in the region, Cameroon, Benin, and Equatorial Guinea.

Briefing news teams in Calabar at the weekend, the Chief of the Naval Staff, Vice Admiral Awaal Gambo said: “We have just begun the Obangame Exercise with the friends of Gulf of Guinea, the countries in the Gulf of Guinea Commission as well as other international partners like the U.S., France, and Britain.”

“The situation in the Gulf of Guinea is not as bad as it is being portrayed, but we are also making effort to tell the world what we are doing by putting out the right information on our platform. Besides, most of the crimes that take place in the Gulf of Guinea are not necessarily within the Nigerian waters.”

“Most of the crimes committed in the region are perpetrated outside the 200 Exclusive Economic Zones, which belong to us, and which are also available for international ships. Other vessels, both war, and commercial, also traverse that route, we are not supposed to hinder their movement and if any crime occurs within that area, we might not be in the know.”

“The MoU, which we are to sign with countries in the Gulf of Guinea Commission is to enable the countries to collectively join forces to patrol the region because most of the efforts are being carried out by Nigeria – both the requirement of fuelling, which is a huge capital outlay,” he said.

The Nigerian Navy, he said, “has been doing its job at curbing insecurity in our maritime space – sea robbery, piracy, including crude oil theft and all other illicit crimes in our maritime domain.”

During his address to officers and ratings, the Naval Chief said, “the President and Commander in Chief of the Armed Forces of the Federal Republic of Nigeria commanded us to return peace and security to our citizens to enable them to move around and do their businesses without fear. To achieve this, teamwork, professionalism, and integrity are required from all.”