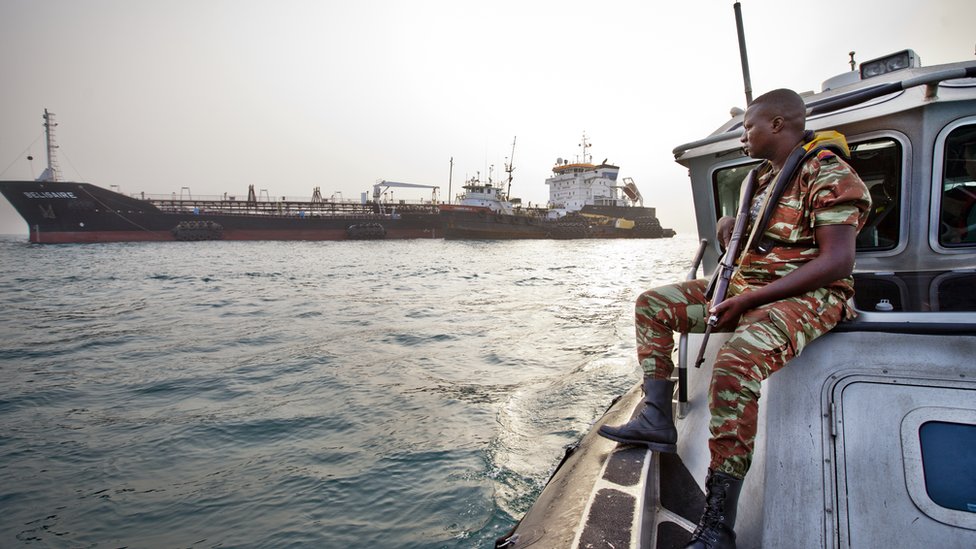 President Muhammadu Buhari is in Lagos today to officially launch the assets under the Integrated National Security and Waterways Protection Infrastructure, also known as the Deep Blue Project. The project, initiated by the Federal Ministry of Transportation and Federal Ministry of Defence, is being implemented by NIMASA.

Prior to the launch, the Maritime Security Unit (MSU) of the Deep Blue Project, comprising personnel from the Nigerian Navy, Nigerian Army, Nigerian Air Force, Nigeria Police, and Department of State Services, are conducting simulation exercises for the event on the land, air, and sea assets of the project to confirm their readiness for full deployment.

The project, worth $195m, is one of the efforts by the Nigerian government to address maritime insecurity by providing an integrated surveillance and security architecture that aspires to combat maritime crime in Nigeria’s waterways up to the Gulf of Guinea. Through the acquisition of appropriate platforms, training and equipment the Nigerian government expects to be able to greatly decrease the criminal activity and security breaches within the Exclusive Economic Zone (EEZ).

“It has taken a tremendous effort and significant investment for NIMASA to procure all of the hardware for the Deep Blue Project, which we are excited to see unveiled today. The positive impact of Deep Blue will further strengthen Nigeria’s maritime economy, which is critical for the growth of the nation as a whole.”

“Whilst Nigeria has indeed witnessed a drop in incidents this year, the scourge of piracy still exists and presents a real threat to ship operators in the region. Unlike land-based criminals, pirates have the ability to sail to soft spots in the region and exploit weaker security coverage. Therefore, the pirates themselves must be apprehended, not just dissuaded from operating in Nigerian waters. It would be a great signal to the industry to see more convictions under the SPOMO Act.”

“It should not go unnoticed that the cooperation shown by the private maritime security companies operating in Nigeria and the significant investments they have made in their assets as well as their operational standards. The PMSC industry has been strengthened considerably over the years in Nigeria and has given the international community the comfort and options necessary to ensure safe transits.”

“As one of the leaders of the private maritime security industry in the Gulf of Guinea, we look forward to continuing our close collaboration with the relevant stakeholders and see the GOG-MCF/SHADE initiative as a great step forward to coordinate security activities and operational objectives. We all share the same mission, which is to protect seafarers and ships operating in the Gulf of Guinea.”

Director-General of The Nigerian Maritime Administration and Safety Agency (NIMASA), Dr. Bashir Jamoh, says, “We are deploying high-tech assets under the Deep Blue Project to not only deal with piracy and armed robbery in our territorial waters frontally, but also respond to the increasing sophistication of these maritime crimes”.

The project has three categories of platforms to tackle maritime security on land, sea, and air.

The Deep Blue Project is the first integrated maritime security strategy in West and Central Africa with the aim of tackling the incidences of piracy, sea robbery, and other crimes at sea.

While prosecution of suspected criminals used to be a challenge, the Suppression of Piracy and Other Maritime Offenses (SPOMO) Act passed by the 9th National Assembly would now provide a legal backing for prosecution and punishment of offenders.