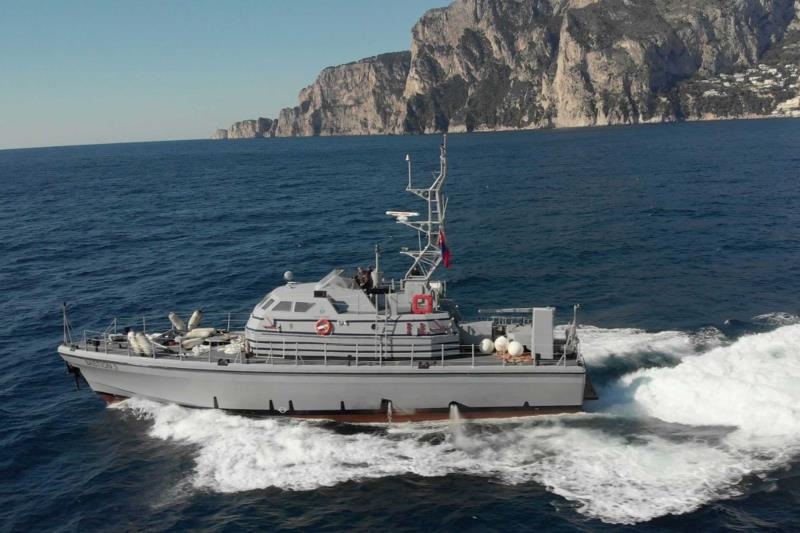 The Naples-based naval maintenance specialist Eligroup will deliver three refitted patrol boats to the Nigerian Navy and safety agency NIMASA this summer. It is a small consolation for Italy’s defence industry against Israeli Blue Octagon, the architect of the vast maritime security project Deep Blue. 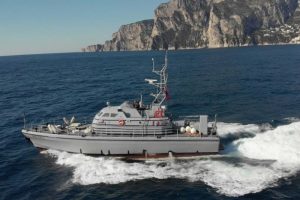 The Nigerian Navy and the Nigerian Maritime Administration and Safety Agency (NIMASA) should be receiving three refitted Corrubia patrol boats in July. The Italian naval technical specialist Eligroup finished the upgrades to the three vessels earlier this year but has not been able to deliver the boats due to Covid-19-related logistical complications. It was the UK’s DG Risk Group, headed by former Royal Marines commando John Justice, that ordered the three boats in partnership with Nigerian logistics and security firm SecPro Africa. DG Risk Group has already provided several patrol boats to the Nigerian security forces and oil groups in the region via a local structure, Southgate Global.

The three 26m-long Corrubia, which can reach speeds of up to 43 knots (80km/h), are to be armed, equipped and then operated by the Nigerian Navy. They will be used to conduct surveillance missions along the Nigerian coastline where piracy and offshore oil theft is prevalent. The three vessels, built by Cantieri Navali del Golfo and InterMarine, were deployed to Italy’s customs surveillance unit Guardia di Finanza as of 1995. Eligroup, owned and operated by Alessandro Solla, conducts its ship maintenance and refitting business in the Port of Naples.

Some solace for Italy’s armourers
This delivery is part of the consolation prize given to Italy’s defence players after losing out on the contract to oversee the vast Nigerian maritime security project Deep Blue, estimated to be worth at least $195m. Italian sector giant Leonardo had long hoped it would pick up the role but it went to Israel’s HLSI in 2017 and later taken over by its sister company Blue Octagon at the beginning of 2020 (Africa Intelligence, 13/03/20). Another Israeli firm, BIRD Aerosystems, is likely to be chosen to install its advanced sensor and mission management system on the Cessna Citations aircraft recently received by NIMASA for Deep Blue.

Italy’s defence actors have no intention of letting Israeli firms secure a monopoly on Nigeria’s maritime security. Like Eligroup, Leonardo was able to save face by “placing” two Agusta AW 109 helicopters within the Deep Blue project to strengthen NIMASA and the Nigerian Navy’s air capacity (Africa Intelligence, 20/03/20).