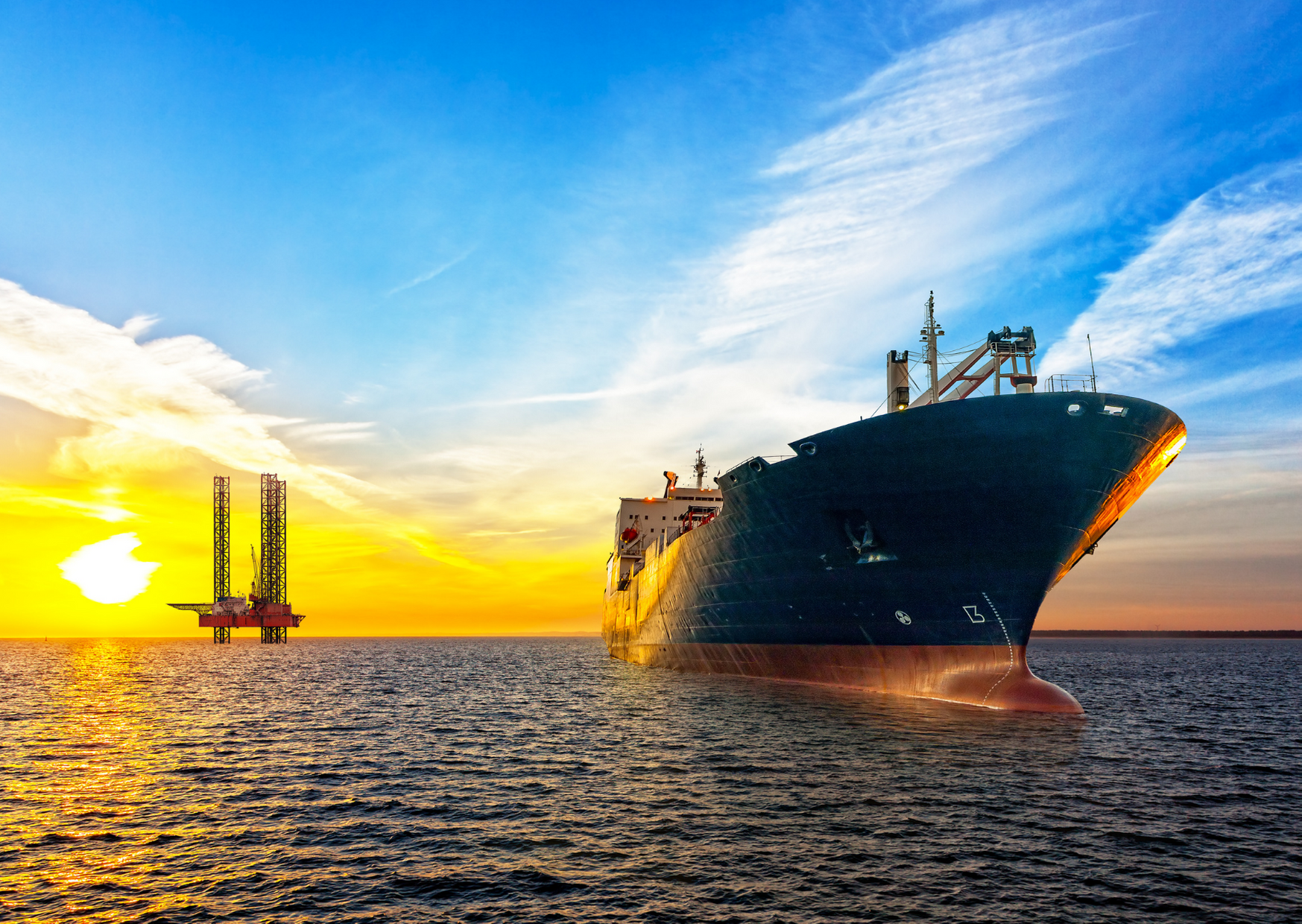 When small countries like Denmark provide security in the Gulf of Guinea, what does that say about Nigeria’s image as Africa’s giant?

Dakuku Peterside, a policy and leadership expert shares his thoughts . . .

Last week, something with significant but far-reaching diplomatic implications happened in security circles, particularly in the maritime security sphere. Denmark, a tiny European country of 5.3 million people, less than the size and population of Rivers State in Nigeria, resolved to send a frigate to patrol and police the waters of the Gulf of Guinea. The decision followed the call for a more assertive response to the embarrassing high level of sea crimes, piracy and kidnapping for ransom taking place in the region, for which international perception puts Nigeria at the centre.

According to the Danish Minister of Defence, Trine Bramsen, “This is initiated because the maritime security is challenged. Pirates are behind several severe kidnappings in the area. It threatens the security of Danish and foreign crews. In such a situation we cannot and shall not just watch. We must stand up for the right to free navigation. The Danish Navy has previously proved to be strong and important in the combating of the pirates. However, if we are really going to get security under control in the Gulf of Guinea, an international military presence is necessary. From the Danish side, we try to have more countries taking…responsibility.”

The problem of piracy and maritime crimes in the Gulf of Guinea seem not to have received the attention it deserves. The region is the hotbed of these crimes, and nowhere else in the world do pirates strike more often than in the Gulf of Guinea. According to the International Maritime Bureau, in its 2020 annual report, 95 per cent of the 135 seafarers seized worldwide were kidnapped in the Gulf in 22 separate incidents. Pirates took the hostages to the creeks in the Niger Delta, where stakeholders negotiate ransoms.

The Gulf of Guinea is proving more dangerous than even the Somali coast. Last January, a regular script played out when the container ship, MV Mozart, was more than 200 nautical miles off the Nigerian coast and pirates suddenly struck. According to news reports, there were dramatic scenes on board the vessel, with the ship’s crew cowered in a safe room, fearing for their lives, and the pirates quietly set about the work of getting to them.

The criminals spent six hours before they were able to open the Citadel door and then snuff life out of one crew member, while kidnapping 15 others. Allegedly, the pirates got a ransom before they released the seafarers they abducted.

The Gulf of Guinea is considered a strategic location due to its natural resources, so it remains a critical maritime route for international shipping from Europe to America, to West, Central and Southern Africa. The region’s importance in global energy supply is evident in its proximity to Europe and North America, as a channel for the transportation of crude oil and gas from the area. It is estimated that at least 20 per cent of Europe’s oil and gas comes from the Gulf of Guinea.

It is understandable why the Danes would be interested in protecting the Gulf of Guinea’s dangerous waters. Copenhagen-based Maersk, the world’s biggest shipping company, is responsible for more than a third of maritime trade in the Gulf of Guinea. Simultaneously, as many as 40 Danish-operated vessels sail through the area daily.

Maritime transportation itself is necessary for the stability of Nigeria’s economy. And the country as a coastal and import-oriented state depends primarily on international shipping for revenue from the mining of its natural resources, mainly crude oil. Yet, the activities of maritime criminals on the country’s coastal waters have resulted in economic sabotage that affects the country’s image on the international scene. Nigeria loses 150,000 barrels of crude oil every day to oil thieves, which amounts to about N2.5 billion daily, and over N900 billion annually.

It is understandable why the Danes would be interested in protecting the Gulf of Guinea’s dangerous waters. Copenhagen-based Maersk, the world’s biggest shipping company, is responsible for more than a third of maritime trade in the Gulf of Guinea. Simultaneously, as many as 40 Danish-operated vessels sail through the area daily. However, it is disturbing that we need foreigners before we can secure our waters. The attendant security implications are dire, and the consequent perpetuation of our country’s perception as largely dysfunctional does us no good.

This plan of action has far-reaching implications for Nigeria’s status, stature, and sovereignty, and I will share a few here. First, the country faces severe security challenges on all fronts that have questioned our capacity to manage security in our country. The security challenge manifests as Boko Haram, farmer-herdsmen clashes, kidnapping for ransom, and ethnic tension. Some international institutions have even derided us as being at the “early stage of a failed state”. Added to these security challenges is a spike in maritime insecurity. This is a challenge that will diminish the confidence of the international community in our country.

Second, Denmark’s action, supported by the international shipping community, allegedly because international ship traffic is threatened by criminal activities, is technically branding Nigeria and sister countries around the Gulf of Guinea as having failed to police their territorial waters, which confers on them their true sovereignty. By international law, it is when a country or a region fails or is failing in its primary responsibility of securing its waters that international partners can give support. How can countries in the gulf of Guinea region, especially Nigeria, be candidates for the international community’s sympathy? There has been the lame argument that Denmark’s action is outside the territorial waters of any particular country in the region. It is evident that global naval action at sea was prominent and successful in countering Somalian piracy in the Gulf of Eden, because the country was adjudged a failed state.

Third, any international naval intervention is an insult to our naval powers. Is it that our security agencies lack the capabilities and capacity to match and eliminate amateurish pirates and other criminals terrorising our waters?

Fourth, without security at sea, Nigeria would find it harder to achieve economic prosperity. Nigeria’s piracy problem is linked to the country’s dysfunctional oil industry and the violent activities in the Niger Delta and other parts of the country. Corruption, pervasive poverty, and weak law enforcement drive piracy and insecurity. Some government officials – maritime professionals, naval and paramilitary law enforcement personnel – allegedly collude with pirates and criminals generally, by providing them with insider information that aids their nefarious activities, for which they get shares of the ransoms collected in return.

Fifth, the reputation of Nigeria among the comity of nations is at stake. When small countries like Denmark provide security in the Gulf of Guinea, what does that say about Nigeria’s image as Africa’s economic giant? Nigeria built a strong reputation as a regional power within West Africa in the recent past. But with the current spate of insecurity and piracy, this reputation is gradually fading away. It is high time Nigeria worked collaboratively with sister nations around the Gulf of Guinea to provide adequate security for the maritime sector. This can be done when the ancillary factors leading to maritime insecurity are resolved. An excellent strategic security plan should be developed, implemented, and evaluated to provide adequate security in the region and across the country.

The military should be provided with better equipment to fight pirates and armed robbers at sea. The Nigerian Navy has shown its military prowess in fighting piracy within the Niger Delta and the Gulf of Guinea. However, fighting crime at sea requires teamwork that should involve other stakeholders…

I must point out that I am not against foreign countries coming to help states of the region to provide security in the Gulf of Guinea or elsewhere. Still, I feel that Nigeria should play the lead role in a coalition of naval security apparatus from the international community this is providing security in the Gulf of Guinea. Individual foreign state actors intervening unilaterally, although with good intentions, has global security and bilateral relations consequences. If Nigeria and other Gulf of Guninea states keep allowing foreign countries to police their waters now, couldn’t this lead to the surrendering of their total sovereignties to them in due time?

A pertinent question arises at this point: Has Nigeria failed in its primary responsibility of maintaining law and order in its territorial waters? I do not think so, save that we have treated the situation with the same lackadaisical attitude informing how we treat most national issues. I am aware that the Nigerian Maritime Administration and Safety Agency (NIMASA), working with the Navy and other sister security agencies, put in place a new maritime security architecture code-named the Deep Blue Project. This is an end-to-end solution covering intelligence; response capacity, including assets acquisition; training and interagency/ inter country collaboration, but the execution so far seems to have gone awry. The programme has turned into an instrument of high wired intrigues in political circles. Not even the total commitment of the Minister of Transportation and incumbent Director-General of NIMASA has helped matters.

The Navy, on her part, has embarked on several special operations in the past two years that ordinary observers may have lost count of such specific and unique operations, from Exercise Shark Shiver, Exercise Prosperity to Exercise Nemo.

To tackle piracy, we need to address the problem of pervasive poverty, unemployment, inequality, and corruption in the country, especially in the Niger Delta region. If the youths do not have access to legitimate means of earning income, some will likely take to crime and criminality. Grievances among marginalised coastal communities in the Niger Delta should be investigated so that most restive youths in the region can pursue legitimate means of livelihood and escape the cycle of deprivation that exposes them to crime. Provision of social amenities and job creation would be vital in tackling piracy.

The military should be provided with better equipment to fight pirates and armed robbers at sea. The Nigerian Navy has shown its military prowess in fighting piracy within the Niger Delta and the Gulf of Guinea. However, fighting crime at sea requires teamwork that should involve other stakeholders and security agencies in a coordinated manner.

We also need to enforce our existing laws to bring arrested pirates to book and deter would-be pirates. The SPOMO Act 2019, enacted by the government with NIMASA as major facilitator, should consistently be enforced whenever pirates are arrested. The scourge of piracy and armed robbery at sea cannot be tackled by the Federal Government alone. States and companies operating in the region should join hands with the lead state institutions in tackling piracy and other maritime crimes that have constituted a dark cloud over our land.

In conclusion, we have enough problems at hand, and we should quickly arrest this deteriorating darkness at sea, so we can focus all our efforts in stamping out insecurity on land.